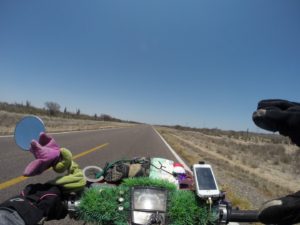 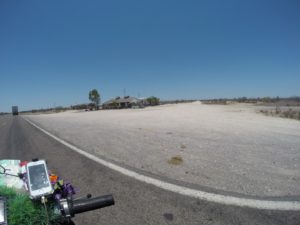 Despite leaving the hotel before Ed, he still managed to overtake me a bit further up the road. 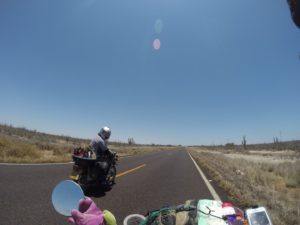 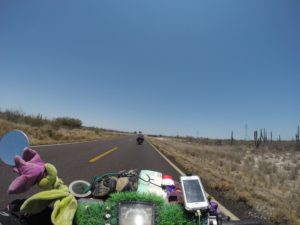 I tend to stick to around 75kph these days, to help preserve my engine, plus I find it’s a more relaxing speed. However I overtook him as he’d stopped at a restaurant for lunch, and decided to stop myself at an Oxxo store a little further up the road. It was so hot that I didn’t want to eat much, so opted for a sandwich and a cold bottle of milk, which was warm literally after a minute of being outside. 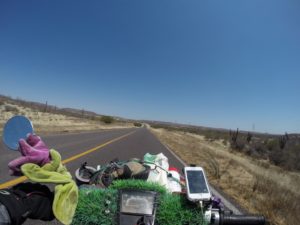 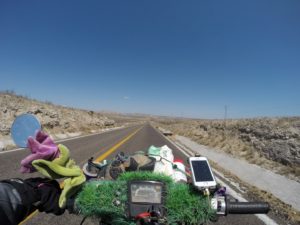 From there we accidentally ended up riding together to La Paz, and as we were both keen to get to our destination and out of the heat, we were full throttle most of the way. 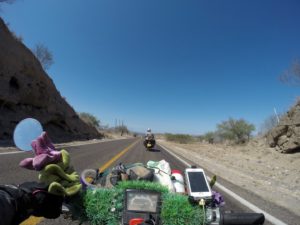 It was a pretty non-eventful ride, with the odd bit of roadworks thrown in to keep us awake. It was so hot that I had to ride with my visor up the whole day, but the dust from the roadworks was so horrendous that I had to have it down at times, and was left sweltering and gasping for some fresh air. Luckily though Ed was on hand to freshen me up, as he rode in front of me and squirted me with his bottle of water; it was glorious! 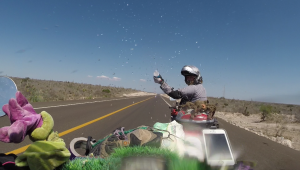 We eventually saw La Paz in the distance, and made our way to our accommodation on the outskirts of the city. Ed had been in touch with the manager of a ‘hostel’ to have some things delivered, so we decided to stay there for a few days to recuperate and work out our next moves. 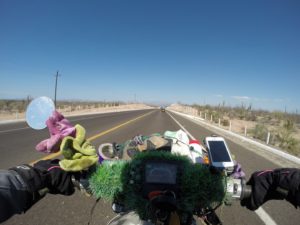 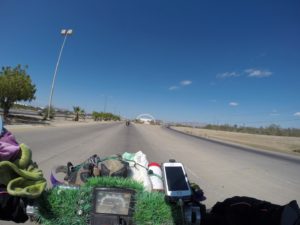 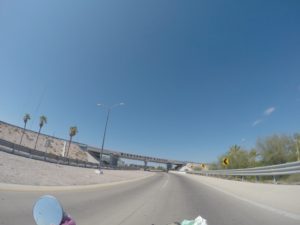 Expecting a proper hostel it was a bit confusing to turn up to someones house, and it turned out that the owner Augustin lived in the house, while Sergio managed it as a hostel. Despite it operating as a hostel for the last two years, we felt like it had a bit of an identity crisis, and we didn’t quite feel at home or completely settled while we were there. Its hard to explain, but we couldn’t quite work it out. But saying that it was a pleasant enough stay, what with air-conditioning in the room and a swimming pool out the back, and the manager Sergio was very helpful and friendly. 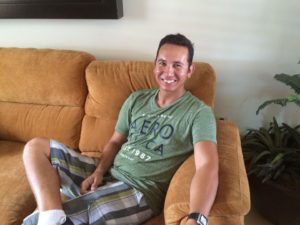 Sergio the friendly and helpful manager 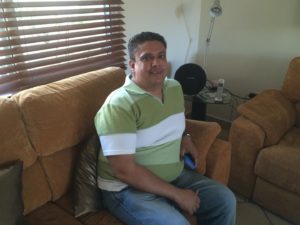 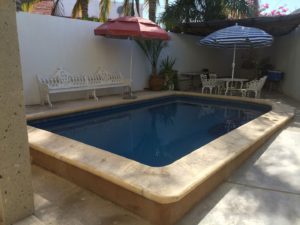 And it couldn’t have been that bad because we stayed just under a week! Because it was unbearably hot and a long walk to the city centre, we only did a quick ride by of the city, and I decided to do some exploring another time. We hung out in the house most of the time, only braving the heat for our daily walk to the local Walmart. We’d never looked forward to going to a Walmart in the states, but the one in La Paz was brilliant! We were like kids in a sweet shop. There were so many new and interesting things, and the prices were unbelievably cheap. 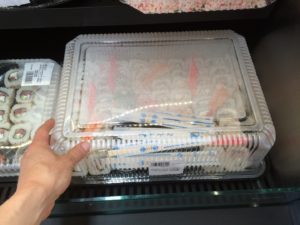 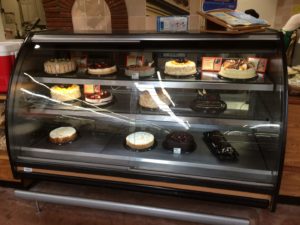 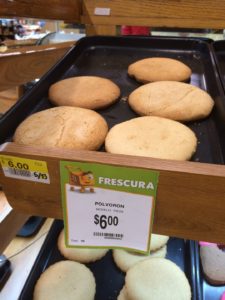 And then there was the bakery, which had us both dribbling as we wandered up and down the aisles. Needless to say that we both treated ourselves to a nibble or two, and quickly decided that we were probably going to rather enjoy food shopping in Mexico. 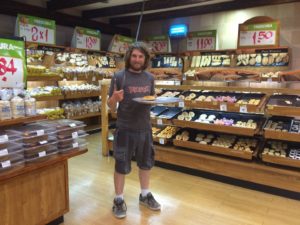 July 14, 2016
Baja Mexico No comments Rachel
← My name is Rachel, and I have an addiction to swimming pools: Playa Requeson to Ciudad Constitucion Southbound: La Paz to El Pescadero →