After a night in a truck stop (the beauty of having a van with a bed in it!) we decided to take the coast road down to Los Angeles. Having missed out on the Redwoods by about 6 miles I didn’t want to miss out on the Pacific Coast Highway (PCH) as well, as I’d heard mixed reviews about it and was keen to see if for myself. 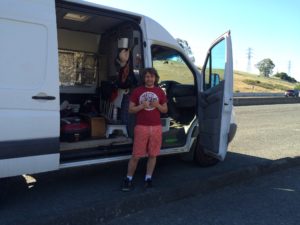 After a stop at the Golden Gate Bridge (it only felt right to pay it a visit as we were playing tourists for the day), we started the long drive down the coast. 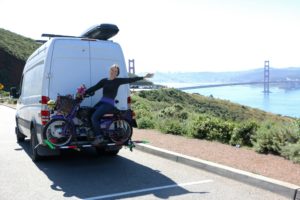 The road hugged the coast for the most part, treating us to some beautiful views of a raw and rugged coastline, but it soon became apparent that we’d been rather unfortunate by hitting it on a Sunday. Every man and his dog was out for a leisurely drive down this long stretch of highway that runs along most of the Pacific coastline of California, and sitting in a van in slow moving traffic isn’t terribly exciting. Still, the views and beautiful pit-stops helped make up for it. 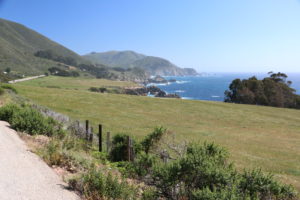 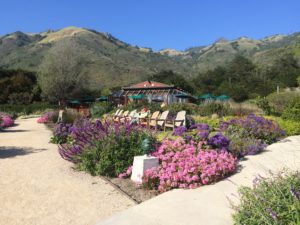 We stopped off a couple of times for lunch, ice-cream, and some irresistible looking cherries, and it was then that I decided that I was probably going to like the food in California! So good. And despite being confined to a van we still had a good laugh, especially when we stopped to pay a visit to a colony of Elephant Seals. 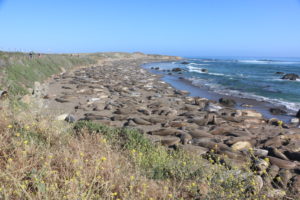 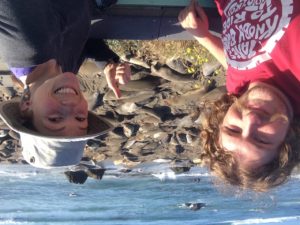 These big lumbering creatures had us giggling like schoolgirls as they frolicked on the beach making farting noises, clambering over each other and throwing sand around. They were smelly and noisy but fascinating to watch, and we spent a good hour watching them interact with each other. Come to think of it, it was a bit like going to Walmart… 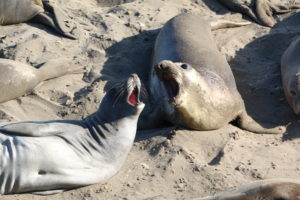 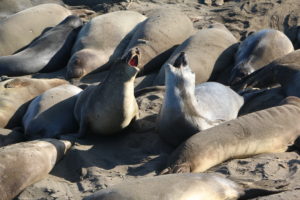 The local friendly squirrels were a highlight too, especially when I caught a fat one intently licking a Twix wrapper; it would appear even the wildlife here isn’t safe from the sugar addiction and obesity crisis! You’re not supposed to feed them but of course people do, and although I don’t agree with it, it did provide me with some good photographic opportunities! 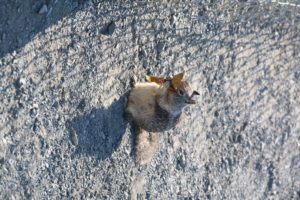 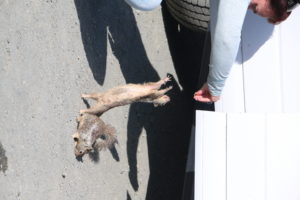 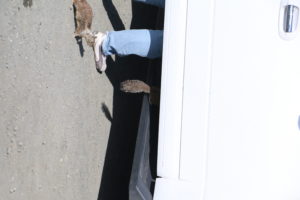 As the coast road was taking ages (we’d been driving on it for over 8 hours!) we decided to take a different road inland. Although I love a good rugged coastline I was surprised to find that I actually preferred the scenery from there, as the coast gave way to beautiful green rolling hills that seemed to go on forever in every direction. It was just my kind of scenery and a welcome change from the miles of coastline that we’d been looking at all day. 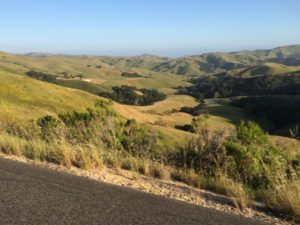 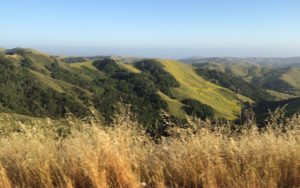 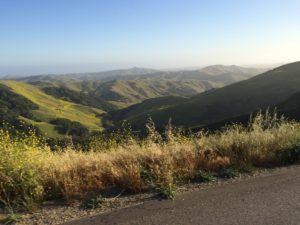 We finally rolled in to LA shortly before midnight, and made our way to Scott’s where Ed had been been staying for the past few weeks. Ed had obviously been on best behaviour (or I was needed to keep him under control) as Scott had also kindly extended an invitation to me, which I’d gratefully accepted.

And with that our mission of getting me and my bike to LA was finally complete, and all in all it was a long but enjoyable day. However, I can safely say that I won’t be driving down the PCH in a van on a Sunday again any time soon! Give me a motorcycle any day 🙂